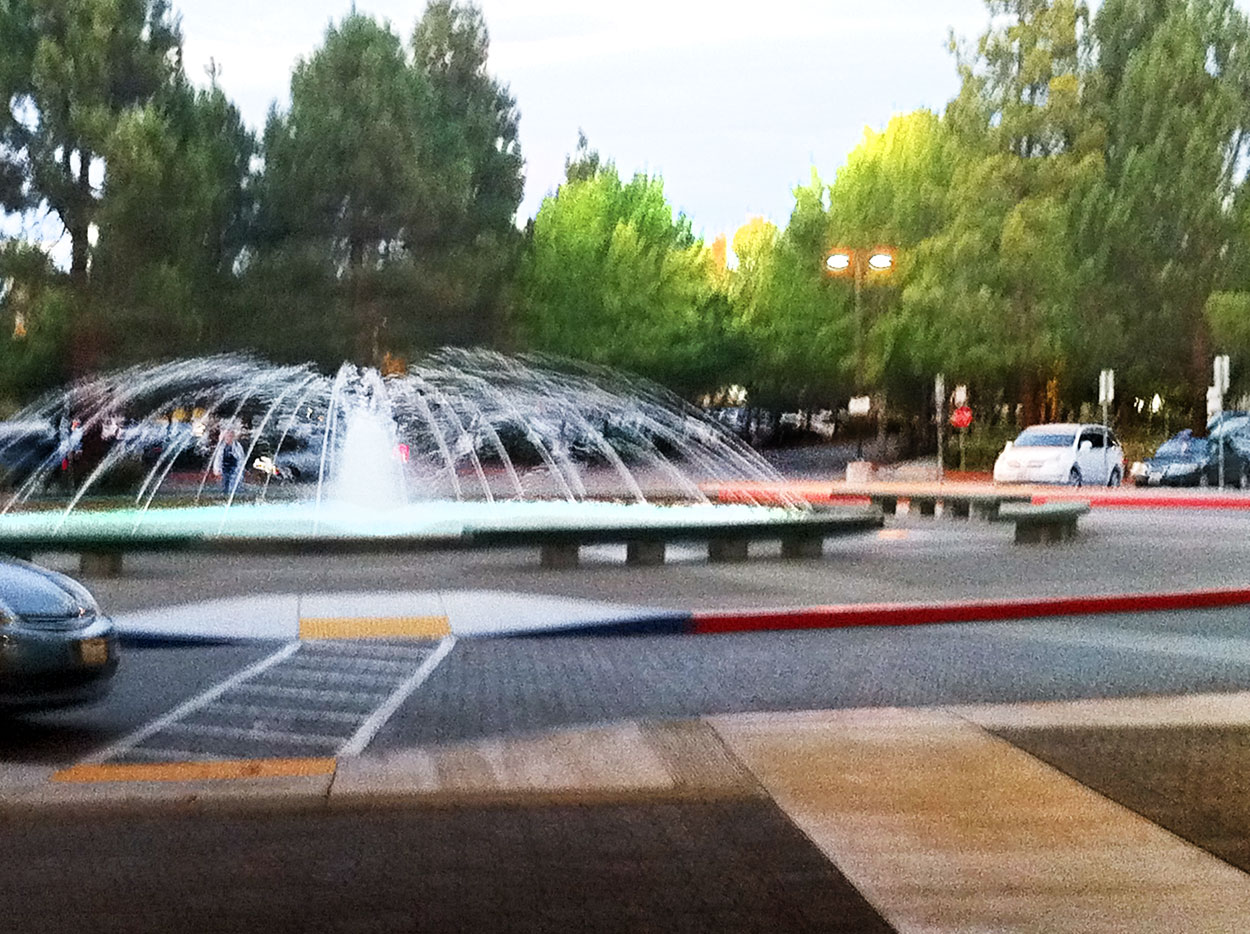 OK, so this was Saturday night, but I needed to get out and away from the house and it was the middle of the labor day weekend so it felt like Tuesday. Having no idea what’s playing, I did the usual search for “movie times 94040″ and looked thru what’s playing at Century Cinema 16 or else Wolf Road for the biggies, but I always check CineArts, Stanford, and even that Menlo Park one and of course, Blue Light just in case. Blue Light is good for dramas (riigghh-eee-t???) cause the screen is 4 ft. wide, but it always cracks me up how far back you can sit, it’s like a tunnel theater. That’s right, T. H. E. A. T. E. R. Cause we roll with the “ER” at the end. I chose Century Cinema 16 at Shoreline where solo moviegoers have gone for decades.

The Grandmaster got good reviews and it’s playing in 15 minutes. Typically, I ask my neighbor if he’d like to join me. A fellow last minute, no plans, hey what’s playing RIGHT NOW LET’S GO, so he’ll jump in my ride and we hit the Theater. That’s how we saw Piranha 3D, and that’s how we might go see The Neighbors in a week or 2.

So off I go, my neighbor, we’ll call him “Goat Boy” can’t join me tonight cause he’s a burner and labor day is coming up still, so it’s me and my $10.50 gripped tightly in hand standing in line to see The Grandmaster. 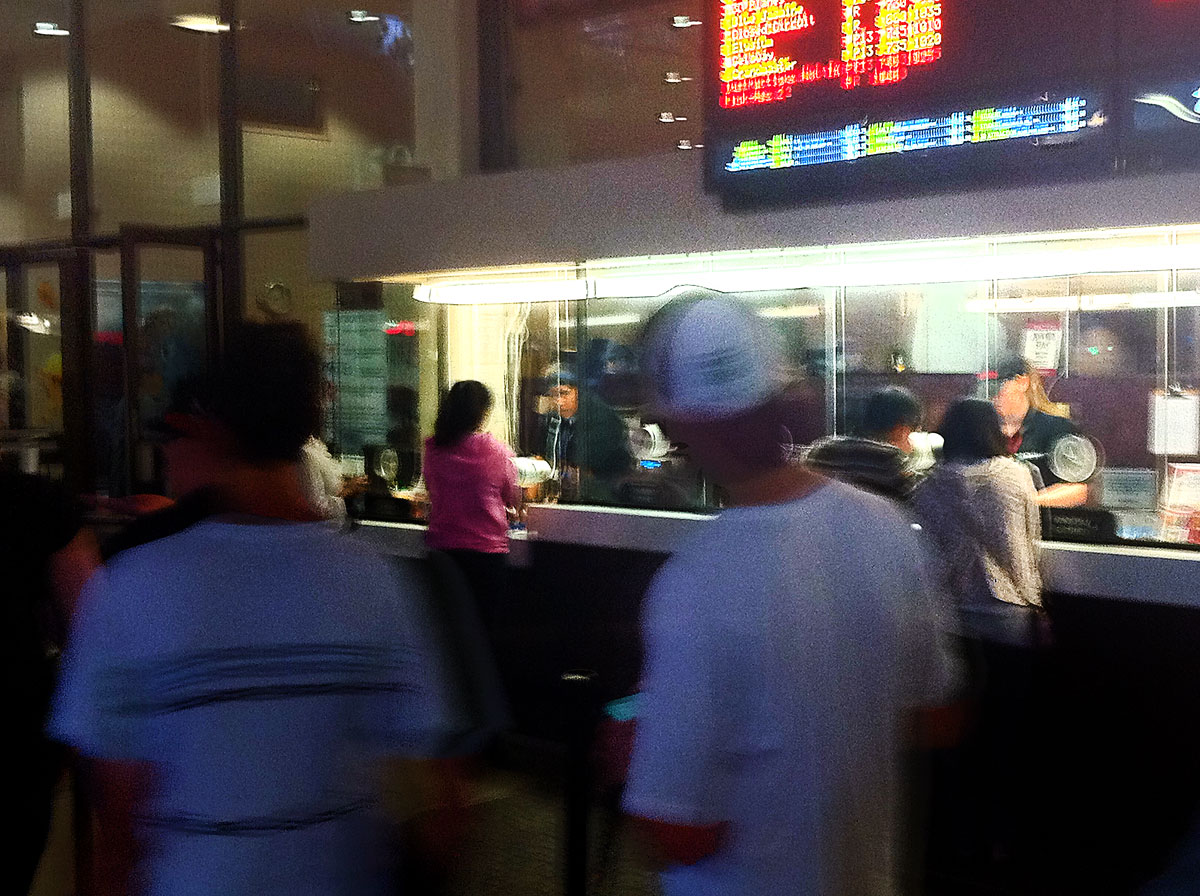 have your money ready. or else.

I have my bills in cash because I found them in my jacket pocket, and my pockets are loaded with useless items, but it’s too late to dump at the car because it’s my turn next. You really want to pare down your hip-load of personal need-nots BEFORE you get this far. I’ve got this pocket knife, my building-super key ring, my 5 loose bills that are so balled up it’s like a handful of napkins right in my pocket. And I’m wearing the kind of pants where everything falls onto the floor right when you hit the seat, so I’ll be loading up my 1969 Gap green Corduroy jacket front pockets with all this crap in a second. Right in front breast pocket and then button down.

Even though I am precisely 14 minutes late I get in RIGHT at the end of the last preview and am OK for this film.

But, guess what happens.

The movie is in Theater #9, which is the first one on the right, a larger theater, and the middle section is full front to back, but there’s this one seat with no one next to it right in the aisle in front of me. It’s the first “dump out point” where, upon entering the theater, you are officially “all-in” and everyone in the theater can see you, and this seat is RIGHT THERE, so I sneak and grab it.

The seat has 15% spring-life-remaining in the backrest and no firmness at all in the cushion, blackened red fabric and I sit FULL FORCE in that decrepit seat that’s empty for a reason and go slumping down like a pool floaty with a leak in it.

Now I am stuck in this crappy seat.

I can’t just get up because I am insane. No. I need to convince myself that the seat will work fine and “oh, it’ll be comfortable enough to last the whole show.” Let’s see. Chinese movie, sub-titles, but the action and art direction and cinematography so far and keeping me there, clinging to the belief that the seat will work. Of course, in the back of my mind and soul, I know that it’s only a matter of time before I have to get up, but am postponing for now. My back bends but I stay in the seat for quite a while.

At some point 30 minutes into the film I get up to check the score in the Giants game, so I walk about 20 feet back to the entrance and pull out my mobile device. It sucks to find out the Giants lost, but now I have full access to a second chance of getting, at least, a more comfortable seat.

Back into the seat area isn’t as bad. My new seat is the aisle, but on the right-side flank, where, actually there’s nobody right now. The comfort of my new seat was first on my mind and this one didn’t spring at all. It was more, chair-like and erect, like a comfy sofa seat at the Morrison reading Room UC Berkeley. I enjoyed the film sitting up, but comfortable.

The film was mesmerizing, a genuine love story with nostalgic grip and choice-equals-consequence theme, underneath understated craftsmanship in the details of the set to the self-poking lightheartedness of a few scenes where the audience is the insider. This film rocked my world while I watched it. Horizontal and vertical exquisite Kung fu where the light is just perfect and the fight scene is watchable and beautiful motion in the fists of the competitor fighting and punching and flying and shoes swooshing against texture with unforgettable mood sound for half the film. Art direction that I just loved, slow and low, smooth and right across the screen, take a look at this: 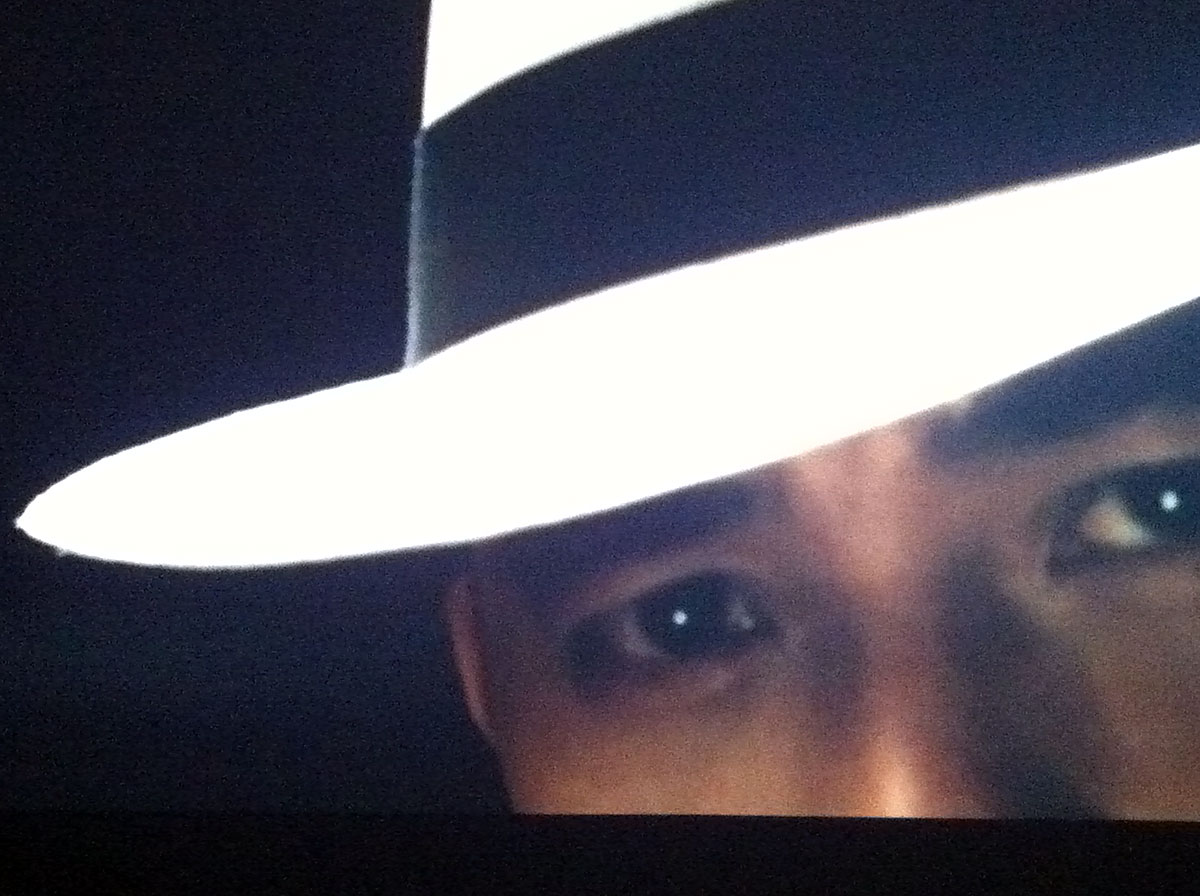 A beautiful love story. And fighting with female protagonists where we see equal or better than men hand to hand combat. Artful sound complements the action, fist bumps of fervor, battles and tests enacted throughout the plot of characters, a strong female lead, a dashing male counter lead, a shared journey, their personal choices. What next?

One Response to "Cinema 16 and a Girl Called Tuesday Night"