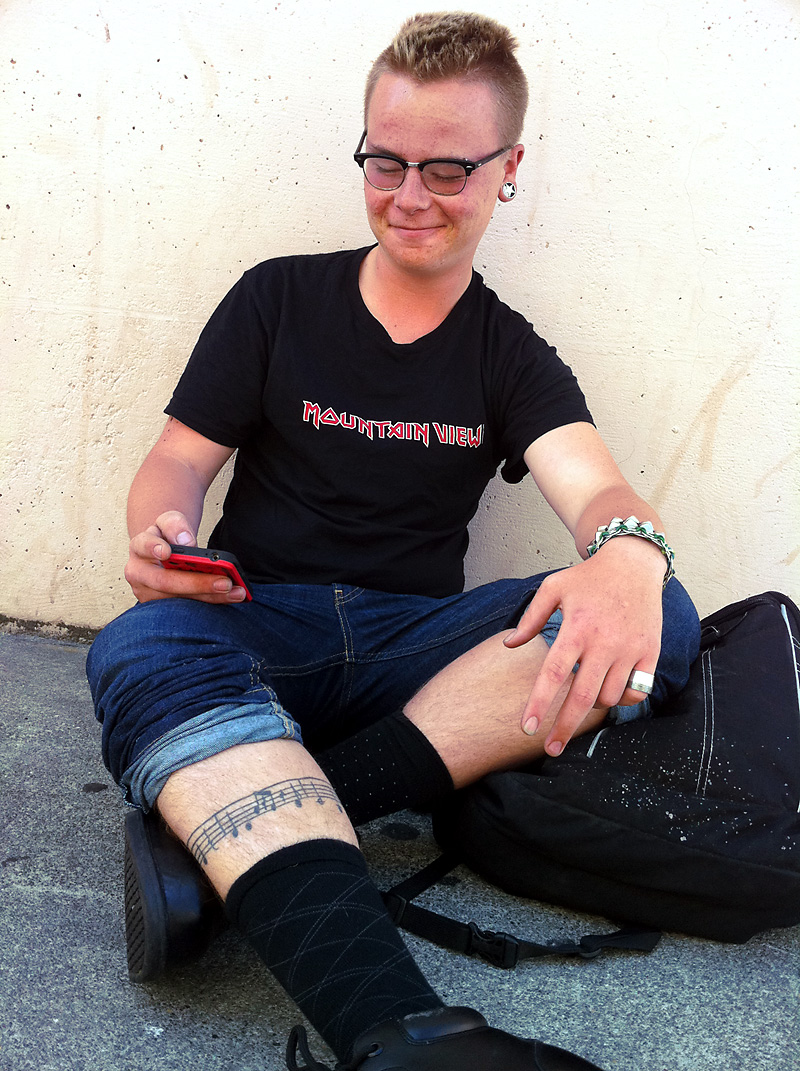 Not that raising kids or manic depression is any excuse, but it’s been a while since my digits hit the keys and told the story of what’s going on in tha hood known as Google Testing Area Part-time City Council* Yes-men Township. Truth be told, I’m a recovering blamer, lazy-ass Aging Icarus with 3 AM dreams and 5 PM follow-thru so the reason I haven’t posted anything here in a while is because I haven’t.

Well Weird Mountain View is back, hittin’ it from the front.

About a year ago I made 100 of these bumper stickers and gave them out for free at the A La Carte and Art festival to promote myself as a downtown graphic designer. Here’s one on a local fire-starter’s skateboard. 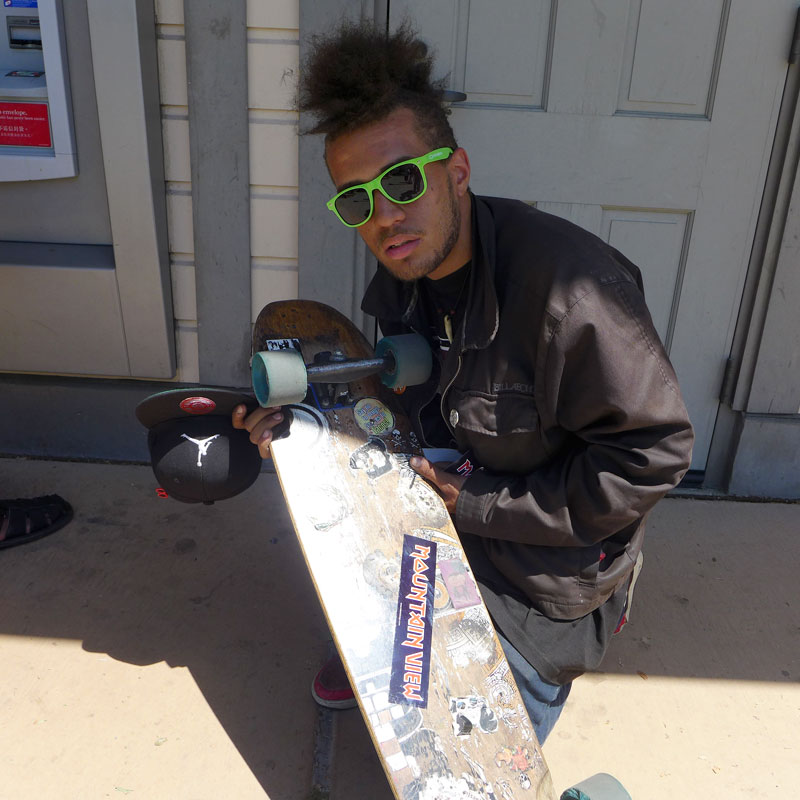 The stickers and concept were well-received and folks said “dude, you should tooootally sell these.” Good idea. Great idea. So it put me on the map in a street-cred kind of way (word) but asphalt-visa ain’t gonna feed my family if you know what I mean.

Early in 2014, Tina over at the Mtn View General Store started bugging me about having this design printed on T-shirts because the stickers are still around and people keep asking for them at HER store. I finally ponied up the funds to get these printed on real, actual T-shirts and they are here, ready, and for sale. 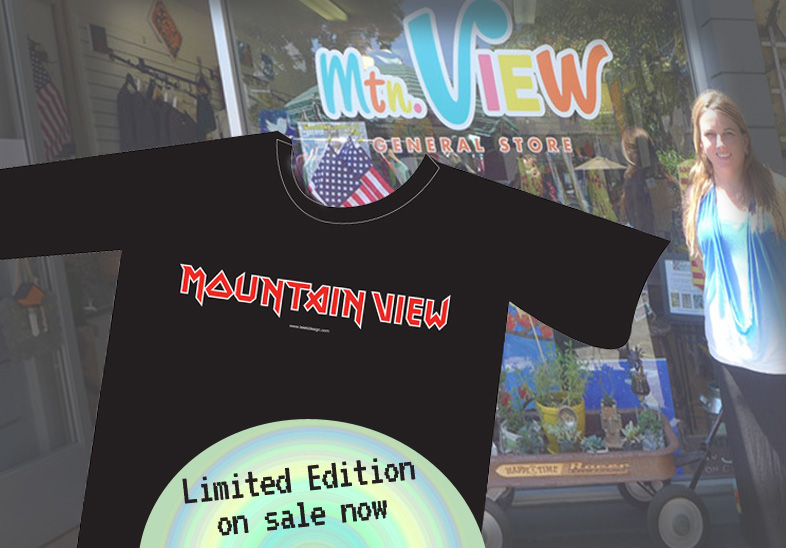 What I’m trying to say is, there are a limited quantity of these made and they are for sale right now, so go over to the Mtn View General Store and get yourself one before you see your friend wearing one and have to ask to borrow theirs.

There’s another design coming soon and it’ll be on a white shirt.

*For the record, the Mountain View City Council is working very hard and doing their best to manage the explosive growth of Mountain View. Plus, Google’s company motto is “don’t do evil” so don’t you even worry about it.