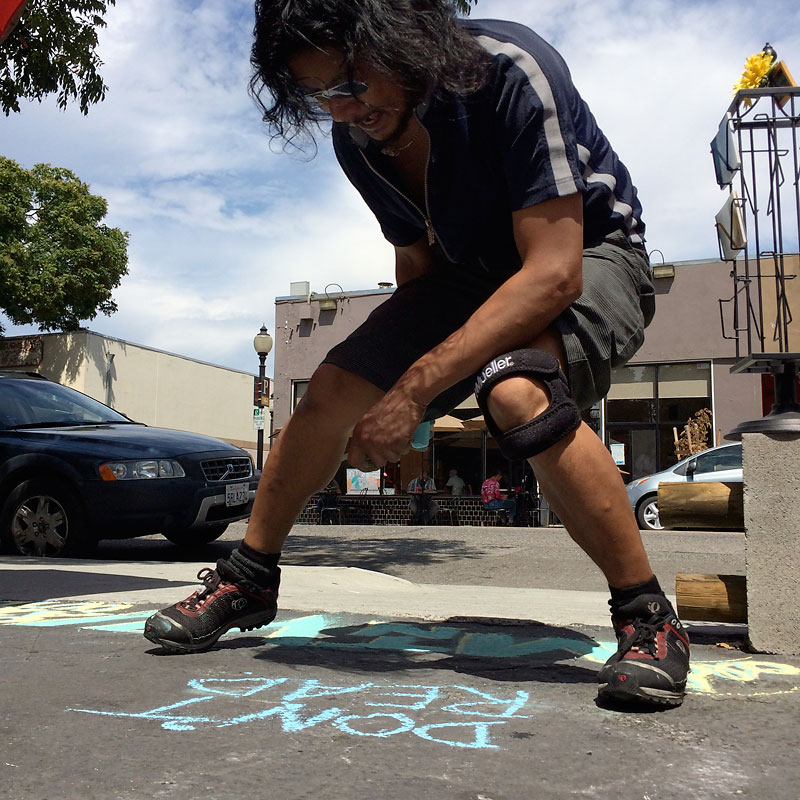 The intensity of a man at work caught my attention. An artist doing sidewalk chalk drawings in front of the Mtn. View General Store. I introduced myself. A pleasure to meet Martin Campos Tabellija Jr. indeed, whose work, it turns out, I was already familiar with. Marty does the chalk signs at the Trader Joe’s in Mountain View and Menlo Park. He arose from all fours, covered in chalk, and agreed to chat for a few.

What is your official title?

Tell me about Mountain View and the Bay Area.

People used to come out here to put flowers in their hair, now they put dollar bills in their pockets. Do you google, or do you gargle? That’s what I want to know.

So where is the flower power these days?

As with any stylistic aged thing, like, the stylings of hippyness, thank god for psychedelic’s other-worldliness. It’s funny because, some kids told me punk rock was a fashion. I grew up as a punk, as a metal-head at the New Varsity in downtown Palo Alto, frequented the Mountain View Theater here to see Slayer, but they closed it because too many people showed up in this vacant downtown. It took Mountain View a while to recreate the dining place that it was before. It was not as multicultural, it was mostly Chinese and… der Weinershnitsel. Don’t forget der Wienerschnitzel.

I remember the der Wienerschnitzel on California and Castro! I cried the day they cut down that wisteria patio trellis. 4 restaurants later it’s now BierHaus.

That and Tap Plastics were the only things downtown here, you know?

Tap Plastics is one of my favorite stores. It’s such a time stamp. 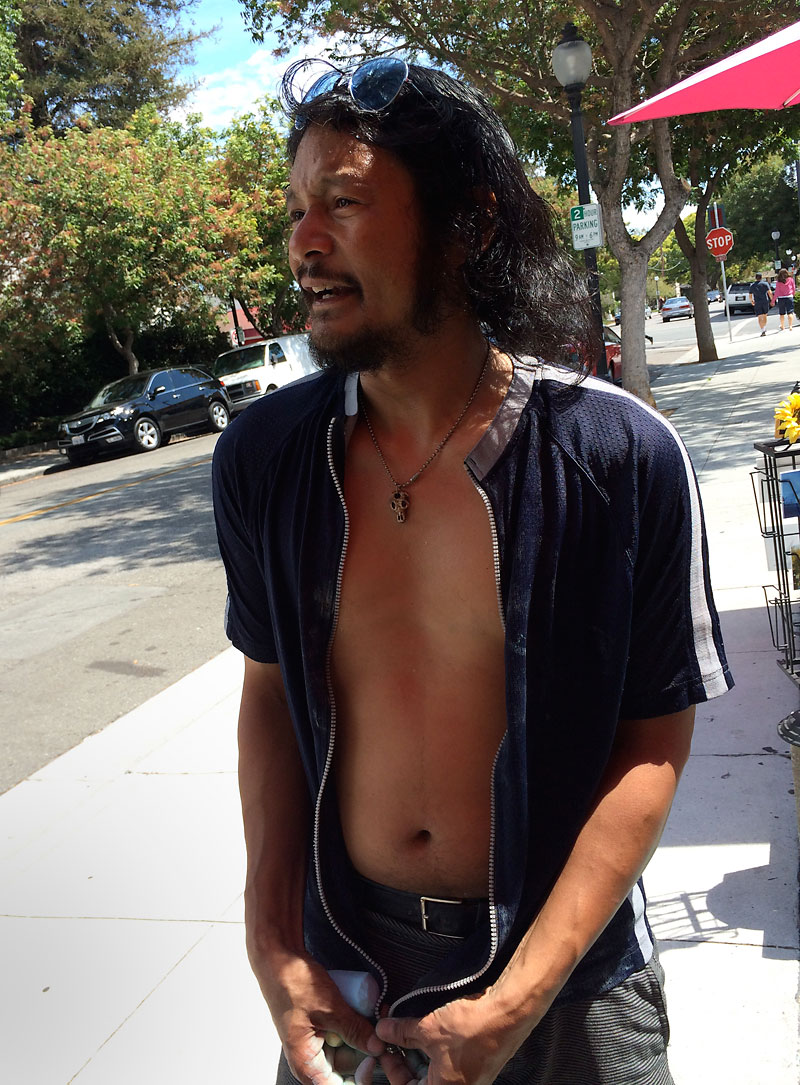 Marty, what is the key to happiness?

I’ll be turning 46 next month kids, so, bring it on like Donkey Kong. I ride my bike, I skateboard and I don’t have a drivers license by choice. By choice. I urge everyone to do this. You’ll be a happier person, you can eat whatever you want and you will be happy to jump back on your bike. If you just keep eating and don’t exercise, you will become part of your car seat, which everybody already is anyhow. Stay out of your cars, it’s more social to be outside breathing real air. Hopefully the masses will start doing that. It’s unlikely to happen soon because we’ve got too many new people here that aren’t quite as social. They are more into the individuality of creating their own families and their own worlds.

These days, you hear people talking their business deals. To me, money means naught. If money makes you rich, then I’m happy something does. I wish it was something else. With money, you’ll eventually be putting someone down. Taking somebody’s property away, displacing them from a culture that used to be. It’s fine, it happens. It took me a while to realize that this is what’s happening in the Bay Area. It’s not the Bay Area anymore. Silicon Valley has erupted. 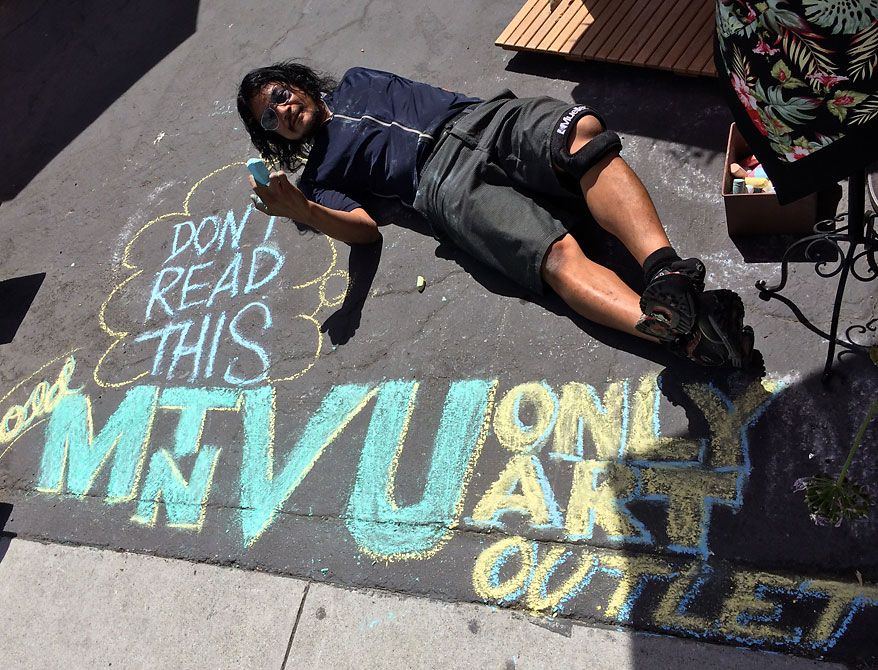 I like to do things that speak to people. I don’t mean artistically, I mean actually speak to people. They should think about what they are reading. This here is in preparation for the Art and Wine Festival next week. I thought it would be nice to talk about how art is eternal, while wine goes in and then comes out. Art and music should be everywhere all the time for free. Paid for and everything. Art and music are what makes life worth living to me.

I didn’t grow up with the media that people are used to and I’m glad they have that outlet. But, I’d rather not take a step back in order to bring people aboard. I’d rather meet people that can keep pace with me. I don’t keep pace with anybody. I liken it to skateboarding. If you can’t keep up, go home. You know, go big or go home. I try to approach that with everything I do. For the most part, everything is already in my mind.

One Response to "Rendezvous with Marty"